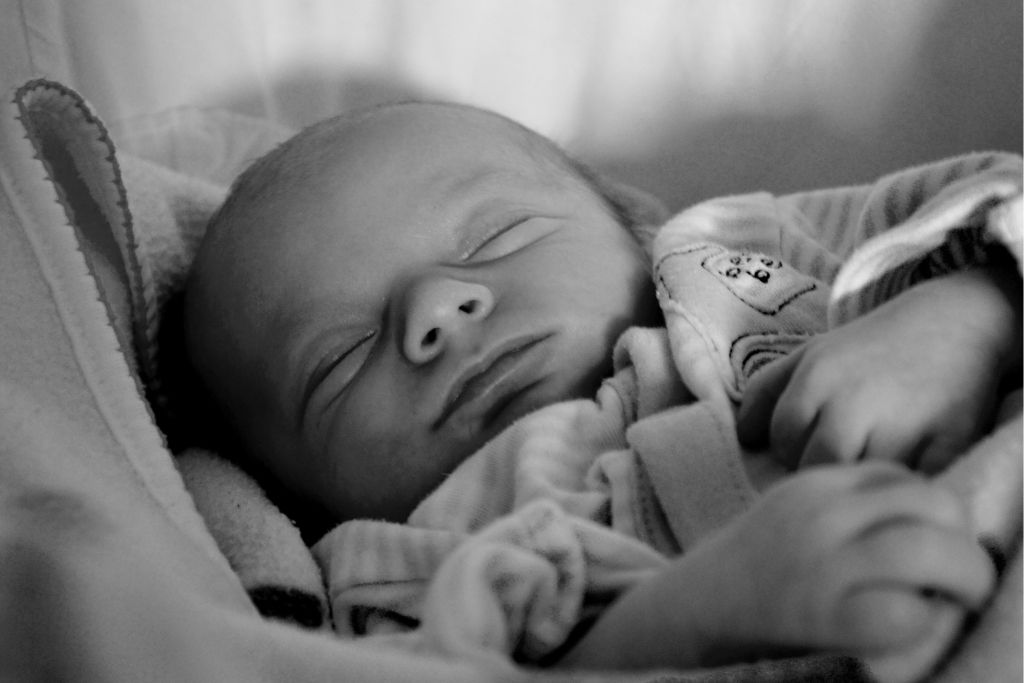 The arrival of a new baby is always something special and a reason to celebrate. Most cultures around the world have special rituals to welcome the newborn into the family and the community, and to ensure them the best possible start in life. Here is a selection of some of the most interesting newborn rituals from across the globe: from adorable, to a little strange, to downright crazy (I’m looking at you, India!).

When a baby is born in the Netherlands, the first food served to the new mom is a beschuit met muijsjes. Olga from the European Mama explains: “it is something like a zwieback with butter and anise seeds on it. The anise seeds are covered in a sugary topping, and are white/blue (for boy), and white/pink for girls. Before, all muijsjes were pink but they have blue and white now as well. When a Royal baby is born, the muijsjes are orange/white, and then there are also violet muijsjes (if a couple wants to be gender-non conforming).”

The hospitals in Japan save the umbilical cord after birth and, when the new mother leaves the hospital to return home with the baby, she is presented with the umbilical cord packed inside a little wooden box. This box is preserved as an important piece of family memorabilia and is carefully looked after as it’s thought to be strongly linked to the well being of the baby. (Source)

In many cultures special traditions mark the end of the first week of a baby’s life. Let me begin with the newborn ritual that inspired this collection: the Latvian pirtīža. This century-old sauna ritual is also known as “pushing bristle” and used to be carried out on the eight day after birth (nowadays the time frame is more flexible). First, the baby is bathed in a warm sauna in a bath made with various healing herbs. Then the baby’s back is massaged with some breast milk until dark grey bristles appear on the skin. These bristles are the glands that produced vernix for protecting the baby’s skin in the womb but are no longer necessary in the outside world. It is believed that after the pirtīža ritual babies are more calm, content, and sleep better. Be that as it may, a warm bath and a massage are certainly something that a baby enjoys.

Also the Yoruba community in Nigeria have a special bathing ritual for babies. As told by Fariba from Mixed Up Mama, “babies are traditionally given their first bath by the paternal grandmother. This usually consists of scrubbing the babies skin with palm oil and a natural sponge to get off all the gunk, keep the skin moisturized, and to allow the pores to open. It’s also believed to keep their skin soft and smooth throughout their life by giving them a good start in life. The arms are bent backwards to ensure their limbs are flexible and it’s believed to prevent stiffness later on, and they’re tossed in the air to make sure their reflexes work.” Fariba adds: “All were probably legit practices back in the day which Western doctors do in various styles here but I almost had a heart attack!”

In Egypt the ritual that marks the first week of a baby’s life is called the Sebou’. It dates back thousands of years and is observed both by Muslims and Christians, albeit with some differences. The baby is placed in a special sieve, usually pink for a girl and blue for a boy. The grandmother then bangs a copper pestle and mortar and, together with other women, repeats commandments to the baby in a humorous fashion, for example, telling him to obey his parents. The loud banging is meant to prepare the little one for the noise and disturbances of life, whereas shaking and passing around the sieve with the baby inside is meant to teach that life consists of rises and falls.

In China the most important newborn ritual is the Moon Ceremony that marks the baby’s first month of life. The extended family that is invited for the celebrations are presented with special gifts, traditionally, red dyed eggs. Eggs symbolize the cycle of life, their round shape signifies harmonious life, whereas the color red symbolizes happiness in the Chinese culture. In turn, the guests give presents to the baby, most commonly, little red envelopes with money. Also gold and silver jewelry are beloved gifts, especially from close family members. (Source) But, as explained by Varya from the Creative World of Varya, this tradition is often taken over by the 100 days celebration: “At 100 days the baby is introduced to the rest of friends, co-workers etc. Usually a huge dinner is held and everyone must bring a red envelop with money to give to the baby. The baby has to wear traditional red clothes and can be passed around from person to person so everyone gets to hold the baby and bless him.”

Also in Brazil it is common to give gifts to the family and friends visiting the baby. Usually a mother prepares small gifts, for example, candies, miniatures, or fridge magnets, that are given to those who visit her and the baby in the hospital (Source). In turn, there is a traditional gift for the baby. According to Stephen from Head of the Herd: “In Brazil you’re supposed to give red booties to a newborn for health.” He adds: “We ended up with about 10 pairs of completely useless knitted red shoes.”

To bring luck to a newborn in the British Isles you are supposed to cross the baby’s palm with silver. Stephen from Head of the Herd explains: “This means you put a coin in the baby’s hand (which the parent will immediately take away to prevent choking/spend it themselves) to bring wealth in its life.” Annabelle from the Piri-Piri Lexicon adds: “In the North East of England people used to do this whenever they saw a baby in a pram. Mostly tiny babies but I have seen people do it with toddlers too! They usually just put a coin in the baby’s hand. ”

Finally, let me tell you about a newborn ritual that actually scares me. In some rural communities in the States of Maharashtra and Karnataka in India it is common to toss babies off the roof of  a shrine (yes, you read that right!). The babies are thrown from around 30 feet (9 meter) height and are caught  in a stretched bedsheet. This bizarre ritual is some 700 years old and, according to the legend, a saint advised the families whose babies were dying to drop them from the roof of a shrine to show their trust in God. To this day the people believe that the (currently illegal) ritual brings the baby a long life and good luck. (Source) 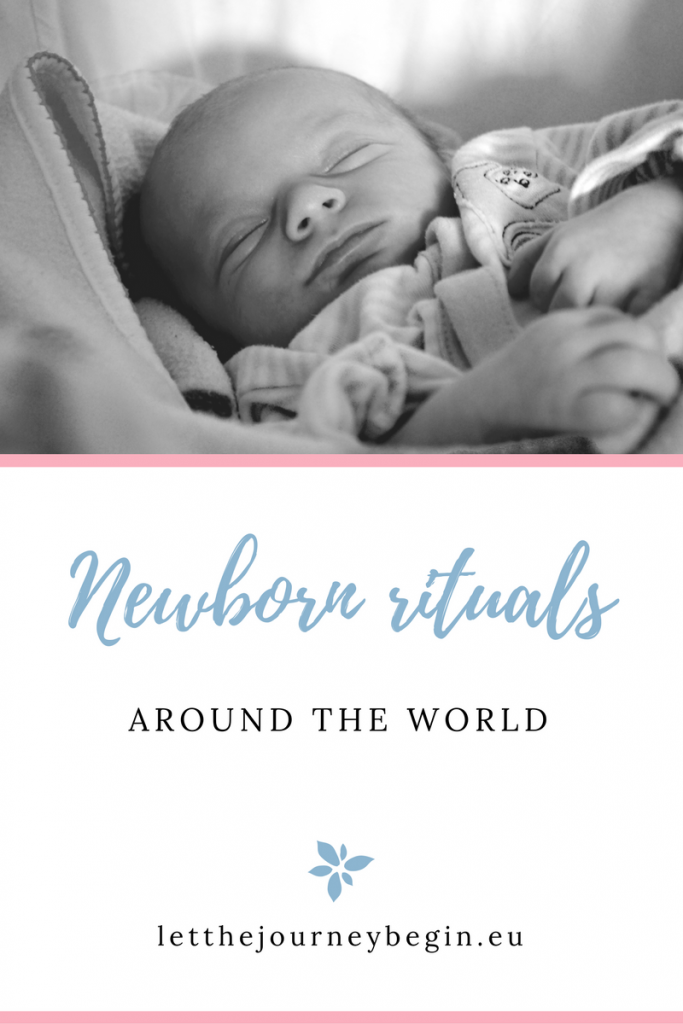 Do you know any newborn rituals that haven’t been mentioned here? Please share in the comments!