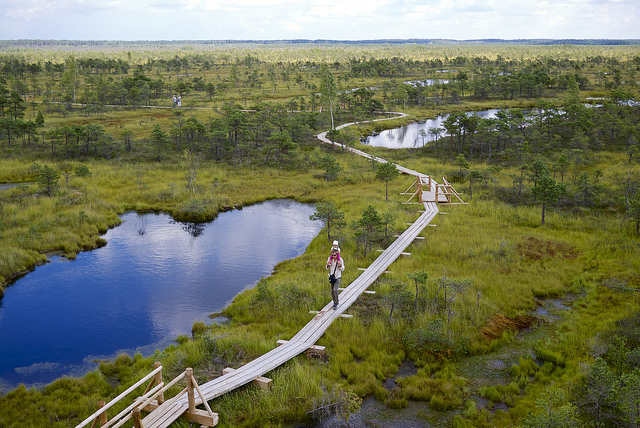 At the first glance the small country of Latvia by the Baltic Sea may not sound like the most exciting destination for those interested in spending some time in the wild nature. Latvia is a flat country whose highest peak is around the height of the Eiffel tower in Paris, almost half of its territory is covered with forests, there are no particularly valuable natural resources, or any world renown natural wonders.

You’d be forgiven to think that it sounds a bit boring but I’d say that Latvia’s wild outdoors has a calming beauty. If you want proof just spend a minute watching the video below, filmed in one of Latvia’s marshlands.

Latvia is one of the few places in Europe that still has wild nature, allowed to develop with minimal human interference. After all, there are only two million people living in this country whose territory is larger than that of Netherlands or Belgium! The numerous natural reserves, national parks, and other protected landscape areas are becoming increasingly popular among ecotourists, and it’s great for visiting with kids.

Click here to read more about the beautiful nature in Latvia on Multicultural Kid Blogs!