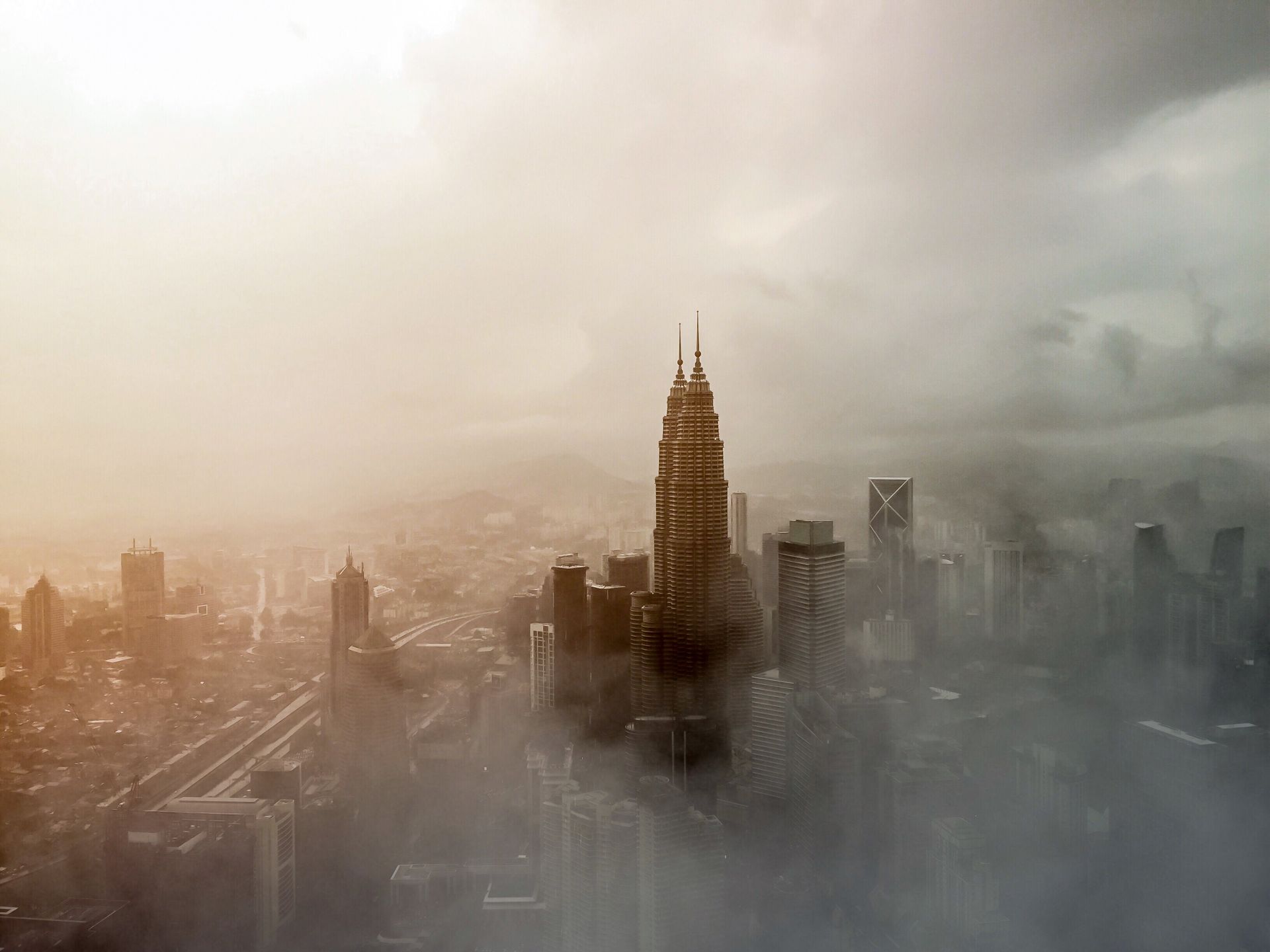 Back in school geography, alongside history and English, were among my favorite subjects. Yet, as soon as it comes to countries outside Europe, there is a lot that I have forgotten and even more that I have never known. What did I know about Malaysia before I started dating Daniel? Not much aside from its approximate location, capital (Kuala Lumpur) and some tourism ads I that I had seen on BBC World. So I decided that a little roundup of the main facts won’t hurt and maybe will even serve for future reference.

Malaysia is split into two parts: Peninsular Malaysia that borders with Thailand and Singapore and the Borneo island part that’s bordering Indonesia and Brunei. Malaysia is close to the equator which means that the air temperature remains similar all throughout the year (approx. 30-32 C during the day), only humidity levels change depending on the monsoons.

The country’s strategic location on the trading route between India and China has shaped much of its history. The modern-day territory of Malaysia was controlled by local kingdoms/sultanates (some like Brunei still exist today) until the Portuguese invasion in the 16th century. The Portuguese were replaced by the Dutch as the main naval power in the region just a century later. From the early 19th century, however, the British influence in South-East Asia was growing and from around 1824 until the early 20th century the British Empire was gradually taking control of the territories of modern-day Malaysia. During World War II it was occupied by Japan for three years and subsequent British attempts to bring together the regions of Malaysia into a single crown colony met local resistance. After a period of state of emergency (1948-1960) due to a guerrilla warfare by the local Chinese, the British negotiated the formation of a Malaysian Federation which was finally established in 1963. In short, Malaysia in the last centuries has been a true crossroads of different influences, different cultures and religions, and much of this heritage can still be felt today.

Today Malaysia is a plural society in terms of both ethnic composition and religion. From the nearly 29 million inhabitants around 50% are Malay, the other mayor ethnic groups are the Chinese (24%), the indigenous peoples (11%) and Indians (7%). Islam is the official religion, however only 60% of the population are Muslim. The religious and ethnic divisions follow similar splits: the majority of Malays are Muslim, whereas the Chinese are predominantly Buddhist. 9% of the population are Christian and 6% are Hindu. The relations of the different ethnic groups are not without their problems, many of which have date back to the times of the British dominion. The political power in the country is held by Malays, whereas the Chinese are economically dominant.

The country’s political system is quite fascinating. Malaysia is a constitutional monarchy, its government is based on the Westminster system: the power is split into legislative, executive and judiciary branches, the Parliament of Malaysia has a lower and an upper house, there’s a multi-party system. So all is nice and ordinary (by European standard, at least) until one looks at the monarchy part of all this. I don’t know how I have managed to get through so many political science courses without ever hearing about an ‘elective monarchy‘. Well ok, there are only three of those currently: Malaysia, Cambodia and the Holy See.

So how does it work? Malaysia is a federation with 13 states, nine of which have their own Sultans, the other four are ruled by governors. The King of Malaysia is elected for five year terms from among the nine Sultans. There is a systematic rotation between the Sultan families, which means that each of them gets their five year term once every half a century. In essence then, Malaysia is a monarchy with nine (!) royal families instead of just one.

It gets even more interesting when one looks at the legal system of Malaysia. The CIA factbook calls it a mixed system of English common law, Islamic law, and customary law. So how do you combine the British legal system with the Sharia? The national constitution and the national courts enact the former, whereas the Islamic law applies only to the Muslim part of the population and is administered by the federal governments. What this basically means, is that the range of what one can do and what one has to abide by, are different depending on their religion and region in which they live in. So, despite Malaysia being a Muslim state around 40% of the population are free to drink alcohol and eat pork whenever they choose to do so. At the same time, only a Muslim Malaysian can easily divorce his wife by just sending a text message (for a precedent see here).

And, finally, economically, Malaysia is one of the most developed countries in the region. 72% of the population live in urban areas, around 89% of the population are literate. Fun fact of the day: the GDP per capita of Malaysia in 2010 was 14 700 USD – exactly the same as that of Latvia! Malaysia has been moving from predominantly producing raw materials to a multi-sector economy, however oil, gas, palm oil and rubber remain among the country’s main exports. At the same time, Malaysia is also one of the world’s largest exporters of electronics and ICT products. And they even started a space program back in 2002!