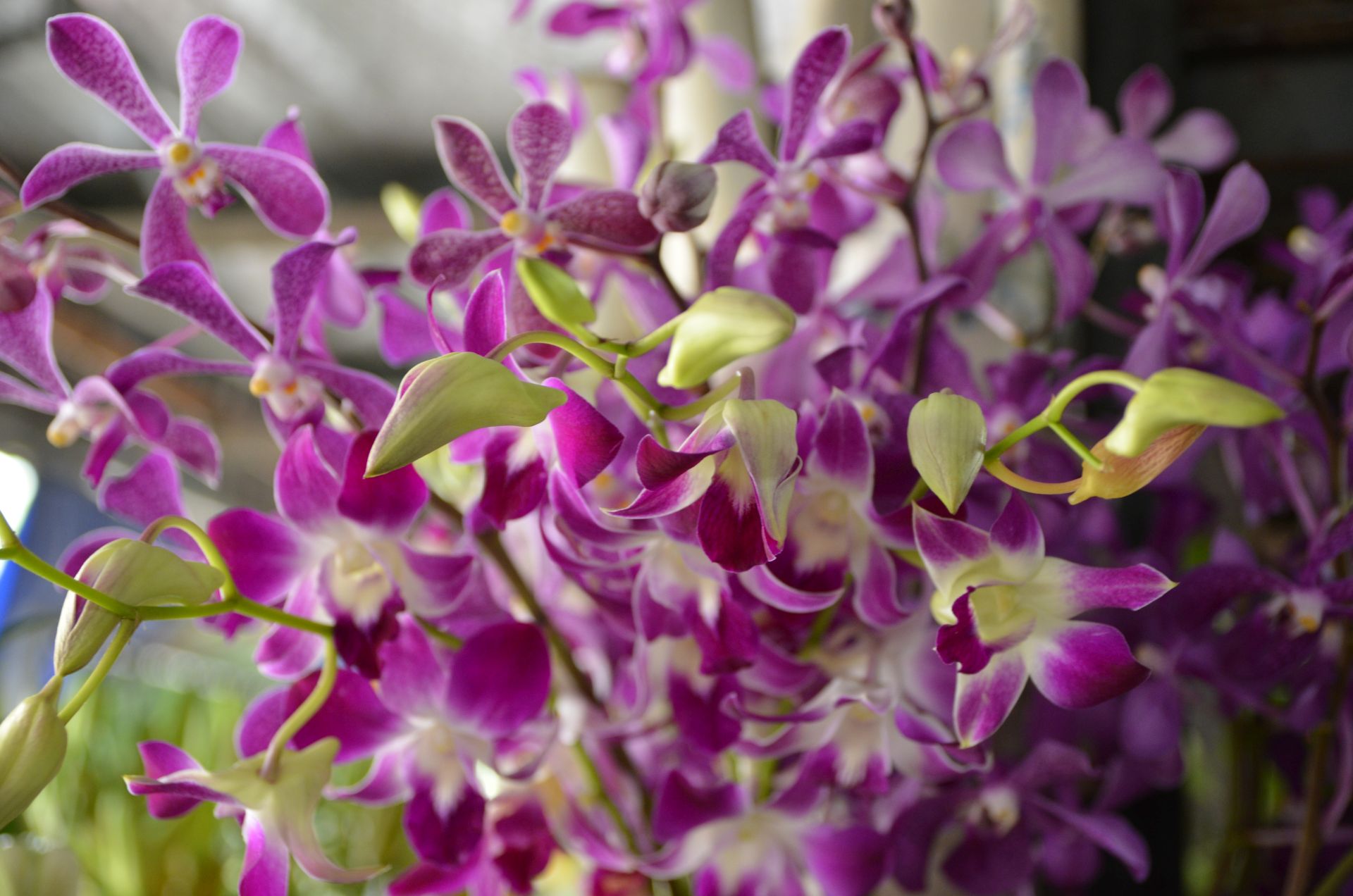 It’s hard to believe that our plane landed in KL only a little over 48h ago. So much has happened since that it feels so much longer. As a picture is worth more than a thousand words, the following will be more photos and less text.

Among my first impressions was the fact that the Brits have left their influence here – from driving on the left side to Harrods shopping at the airport. In some other ways it reminds me of the US, however: from the cheap gas and going everywhere by car to the hyper-giga-mega malls all over the place. This photo was taken at the rooftop rain-forest at a mall in one of the suburbs of KL (not even close to being among the biggest malls around). The rain-forest is only one among many attractions which include a diving pool, a cinema complex and an indoor climbing gym. 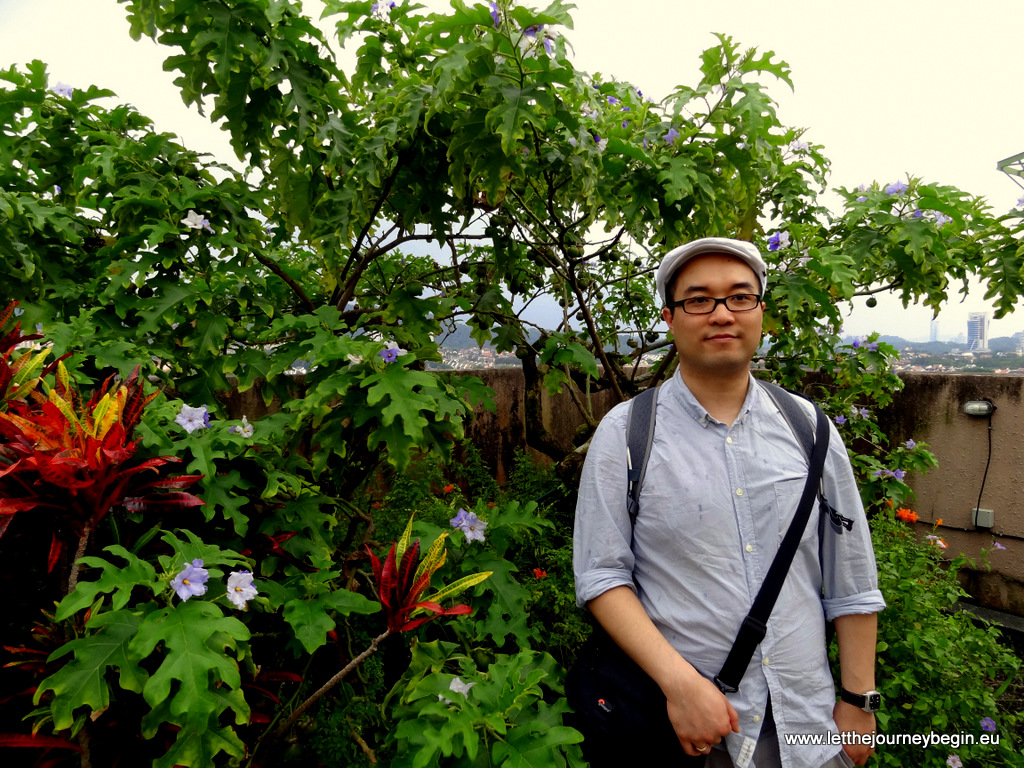 Up until now we’ve done only a little sightseeing but spent a lot of time family-meeting. Below: drinks with some of the cousins – nothing better than a cold beer when you’re sitting outside during the night and its still around 30 degrees outside. 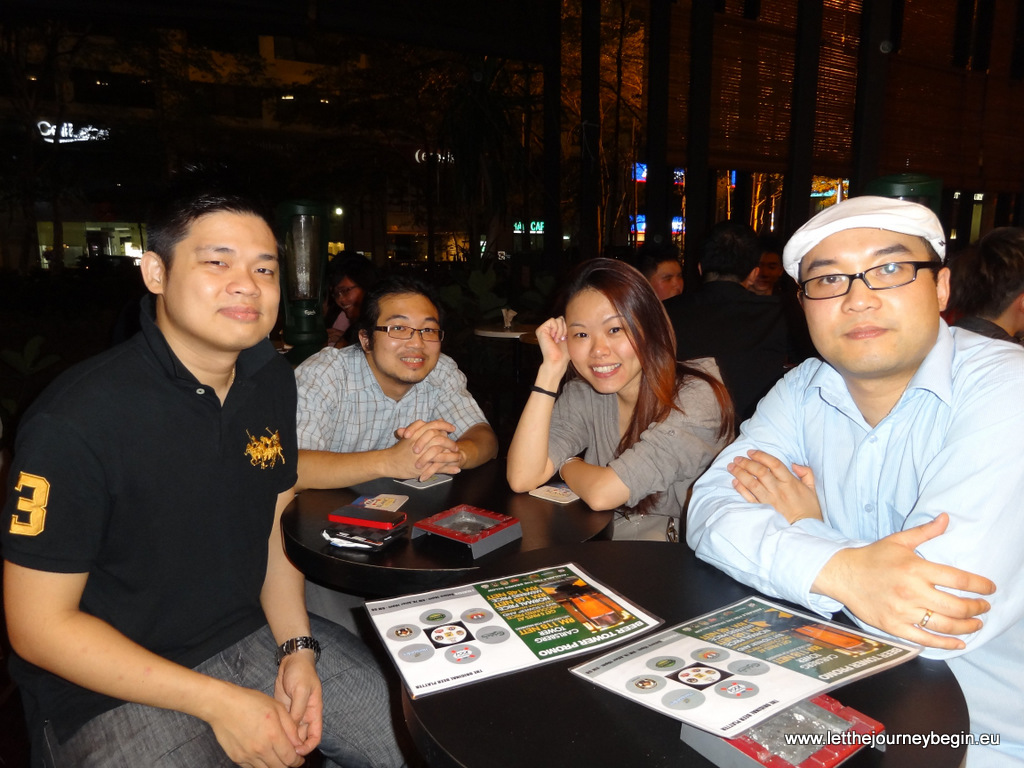 Today we also found out how the tea ceremony works: you hold a small cup of tea in both hands, bend and give it to each of the relatives who are older than you, addressing them in Chinese (thank you Joevy for helping with that!). In return they give you little red envelopes containing money. 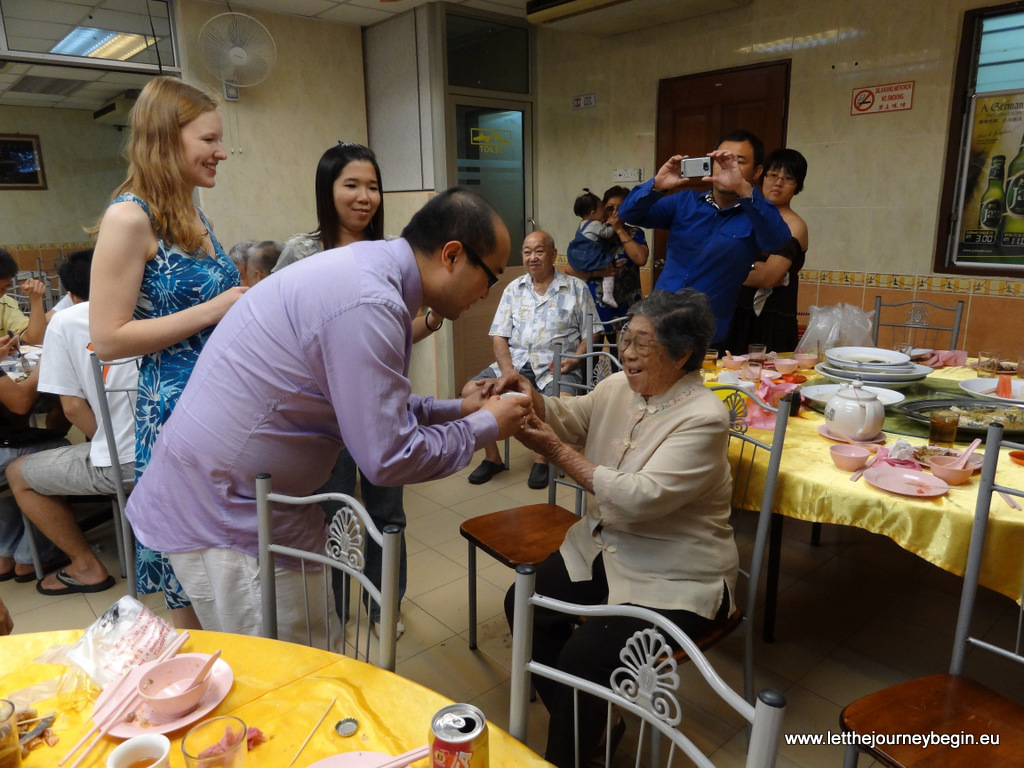 Of course, I couldn’t write about Malaysia without writing about food. I love the way ordering food works here: you get a lot of different dishes and then share among the eaters. This way you get to try a lot of different things but if you think that this way you’ll eat less, don’t be fooled: you will still be really, really full once the meal is over. 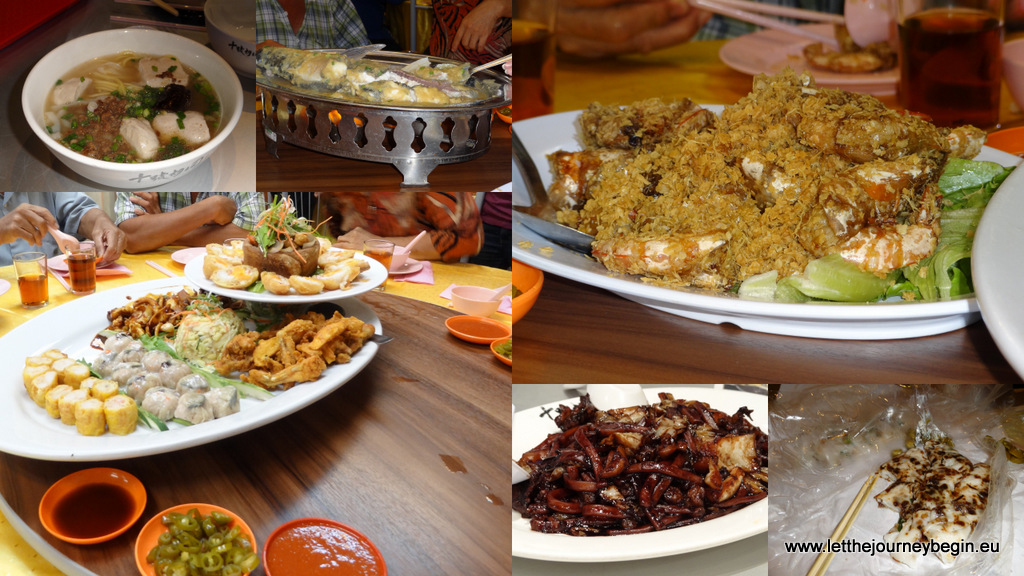 In these first two days we’ve tried bits and pieces of many Asian cuisines. But one really can find everything here, even German bread. 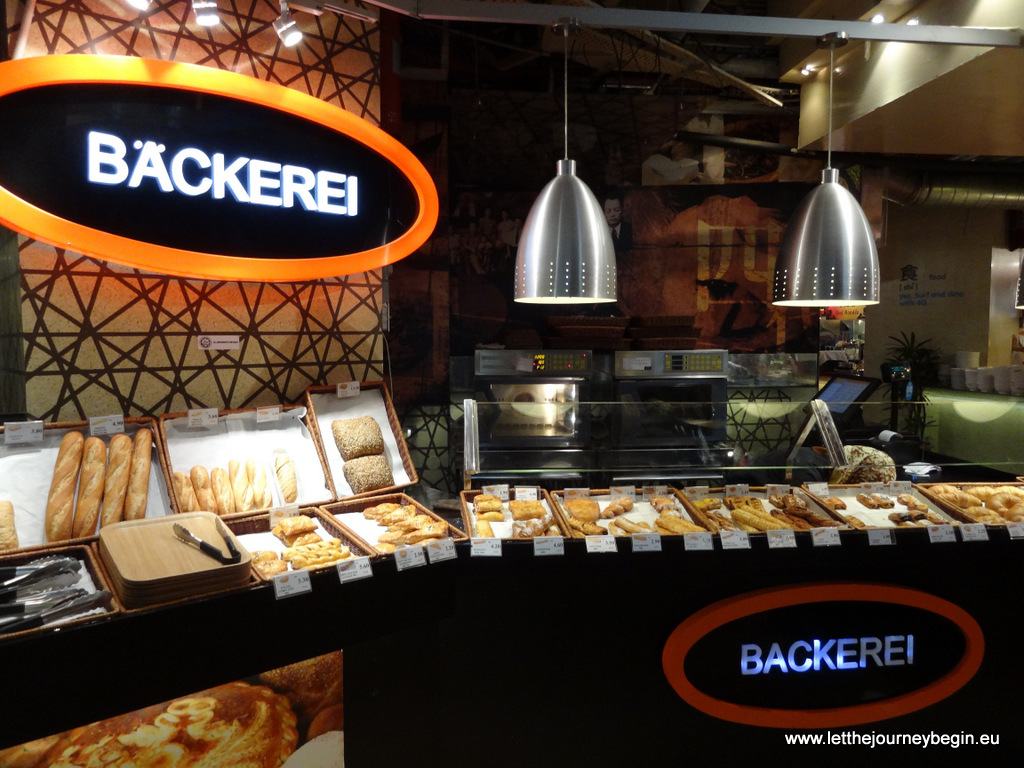 After all, trying all the new & different things my tummy gave up on me this morning. Luckily I have a caring husband who still can make me feel happy despite being sick, dizzy and forced to live on water and crackers for most of the day. Funny thing: the whole being sick in the morning story prompted one of the aunts to inquire whether I was pregnant… 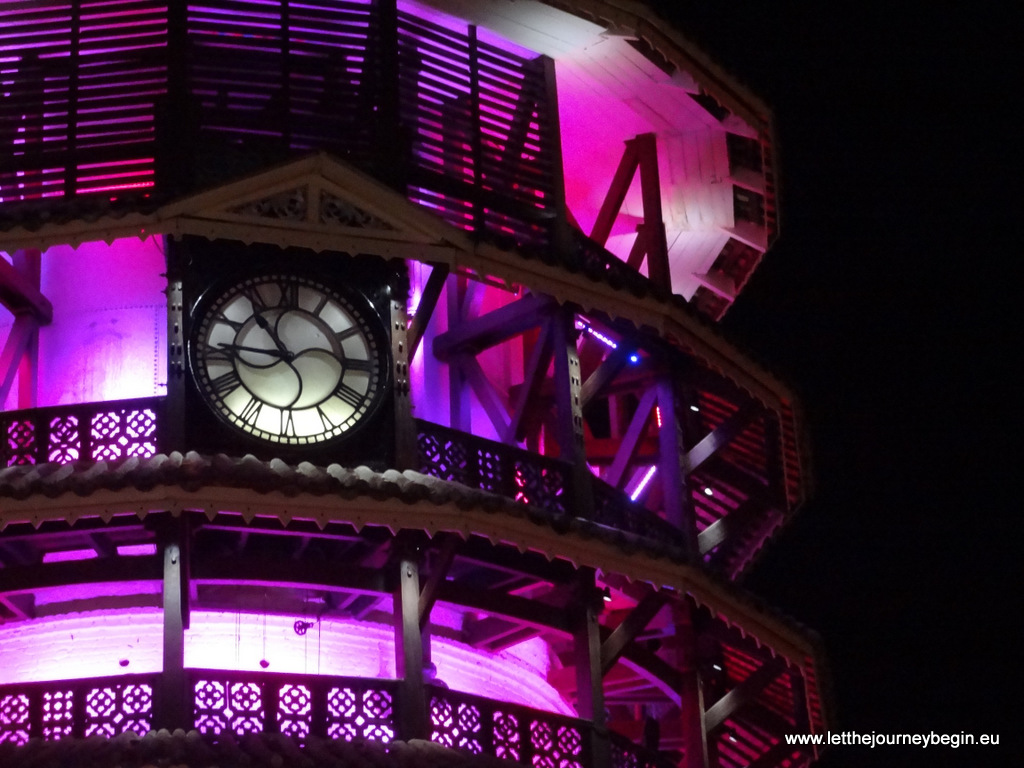